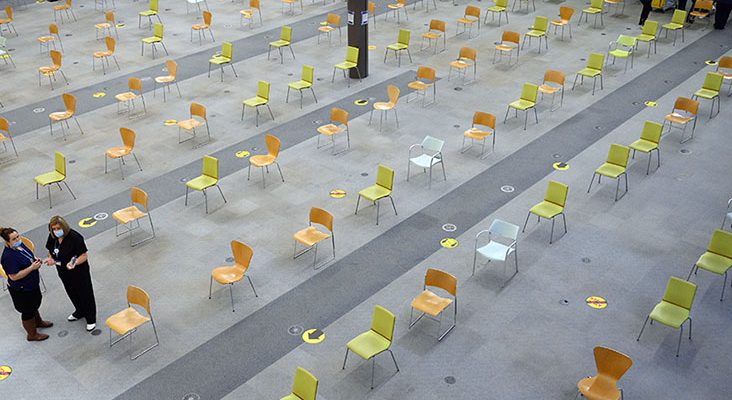 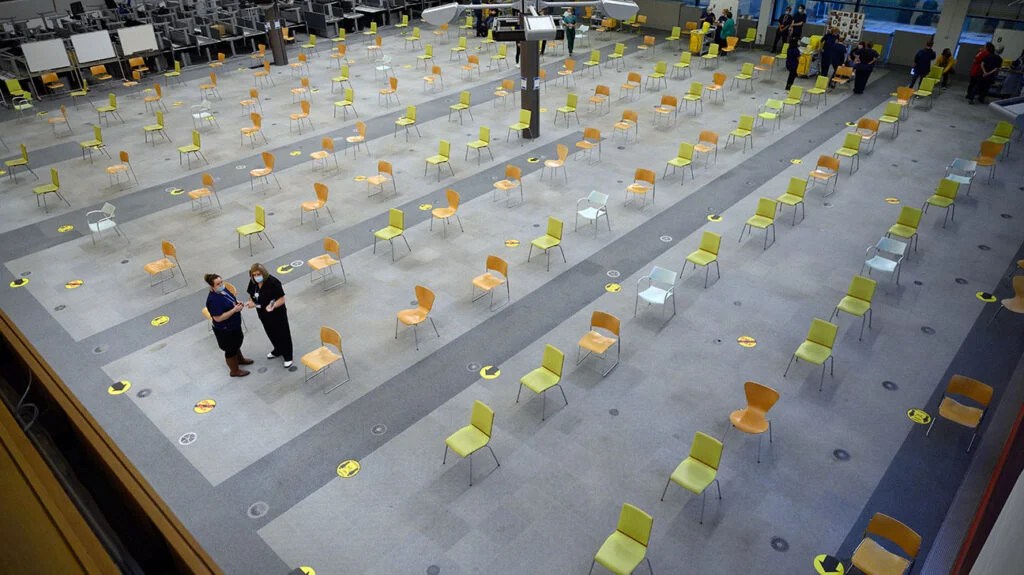 In 2018, Dictionary.com named “misinformation” — a noun referring to false information that people and organizations spread, regardless of whether there is intent to mislead — its word of the year.

The word certainly came in handy two years later. From the early days of the COVID-19 pandemic, misinformation has run rampant. False and misleading information about everything from the efficacy of COVID-19 vaccines to treatments for the disease has spread like wildfire on the internet, often with deadly consequences.

In April of 2020, for instance, Aljazeera reported that over 700 people died in Iran after ingesting toxic methanol because they believed it could cure COVID-19.

A new study aimed to see whether there was a link between depressive symptoms and receptiveness to misinformation about vaccines for COVID-19.

Researchers behind this study published in JAMA Network Open started by exploring whether individual characteristics — more complex than simple demographic factors or party affiliation — could be associated with greater susceptibility to misinformation.

The researchers pointed to a 2019 study that suggests that individuals with depressive symptoms often display a greater negativity bias, meaning they pay more attention to information that is largely negative.

Dr. Roy Perlis, lead author of the new study, associate chief of research at the Department of Psychiatry at Massachusetts General Hospital, and director of the hospital’s Center for Quantitative Health, says that was their origin point for the study.

“One of the notable things about depression is that it can cause people to see the world differently — sort of the opposite of rose-colored glasses. That is, for some depressed people, the world appears as a particularly dark and dangerous place.”

“We wondered whether people seeing the world this way might also be more susceptible to believing misinformation about vaccines. If you already think the world is a dangerous place, you might be more inclined to believe that vaccines are dangerous — even though they are not,” he says.

For this study, researchers looked at data from a survey of over 15,000 adults from all 50 states between April and May 2021 and June and July 2021. They measured participants’ depressive symptoms using the nine-item Patient Health Questionnaire (PHQ-9).

The researchers presented participants with misinformed statements that were prevalent on social media platforms in the spring of 2021 and asked participants to label them as “accurate,” “inaccurate”, or “not sure.”

These false statements were:

After collecting their answers, researchers informed the participants that the statements were not true to ensure the survey did not spread misinformation.

They asked participants about their primary news sources, which included resources from Fox News to government infographics and materials. Researchers also asked sociodemographic questions, requesting that participants share their race, ethnicity, and gender and rate their ideology on a scale ranging from “extremely liberal” to “extremely conservative.”

As part of the study, the researchers also analyzed data received from a subset of nearly 3,000 respondents who answered an additional survey two months later.

Does depression contribute to hesitancy?

Nearly 30% of respondents had moderate or greater depressive symptoms, according to PHQ-9. About 20% of respondents endorsed at least one of four vaccine-related statements of misinformation.

Respondents who endorsed at least one misinformation statement were half as likely to have received a COVID-19 vaccination.

The researchers stress that the study’s design does not allow them to address causation.

“While we can’t conclude that depression caused this susceptibility, looking at a second wave of data at least told us that the depression came before the misinformation. That is, it wasn’t that misinformation was making people more depressed,” Perlis says in a press release.

A ‘bucket of factors’ add to susceptibility

Dr. Kate Maddalena, an assistant professor at the Institute of Communication, Culture, Information, and Technology at the University of Toronto Mississauga in Ontario, told Medical News Today that the study serves as a reminder that society needs to do a better job of diagnosing and treating individuals with major depressive disorder.

That said, she cautioned that even if someone were to develop an intervention that could tackle the Herculean task of reducing depression in the population, the complicated problem of misinformation would likely still plague society.

She said that numerous other factors such as an individual’s socioeconomic status and political affinity also play a role in how vulnerable one is to believing false information.

Dr. Maddalena called reducing depression “a positive drop in [a] big bucket of factors that contribute to susceptibility to misinformation.”

Dr. Robert Trestman, senior vice president and chair of psychiatry at Carilion Clinic in Virginia, agreed that a battle against misinformation has numerous fronts.

“Especially now, in our culture at this time, so much of the disinformation isn’t a simple fact — it’s a whole fabric,” he told MNT.

“And for many, it is almost religious in the intensity of the belief structure, and challenging these beliefs is — in some ways — almost like challenging someone’s religion. [U]ntil we can help align more of society to support the need for honesty and accuracy in what we report, acknowledging that we can be uncertain but that we do the best we can to share accurate information, […] it’s not going to change,” he said.

According to Trestman, this belief structure and culture of disinformation are why “2,000 Americans died yesterday from COVID-related illnesses, and the vast majority of those individuals were unvaccinated.”