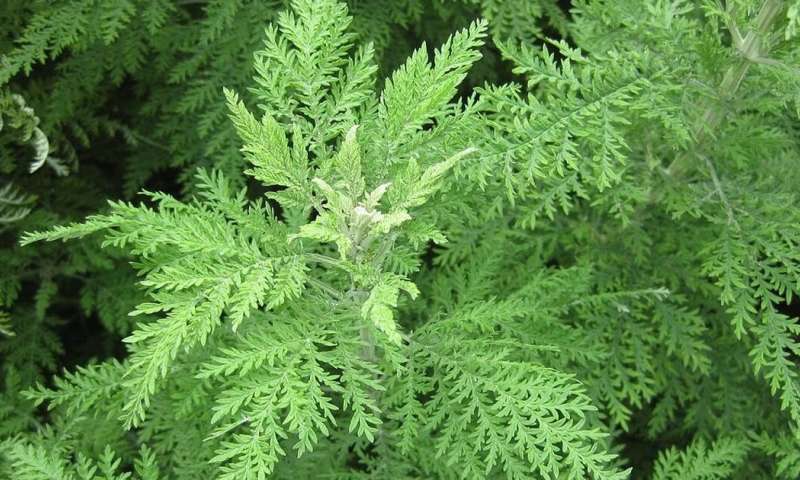 Since the beginning of the pandemic, much work has been done to test whether antimalarial drugs can treat COVID-19. Hydroxychloroquine, the most well known, has been found to be ineffective. But in Africa, another drug has been attracting attention: artemisinin.

In response to the pandemic, Madagascar’s Institute of Applied Research has produced an artemisia-containing tonic that supposedly prevents and treats COVID-19. It was launched by the country’s president, Andry Rajoelina, in early May. The tonic is being provided free to schoolchildren and wider society in Madagascar. It’s been reported that other African countries are also buying up thousands of doses.

Hunting for a treatment

Both artemisinin and its derivative artesunate have the potential to stop viruses reproducing, including human cytomegalovirus, herpes simplex virus type 1 and hepatitis C. A 2005 study conducted in China also found that compounds extracted from four herbs, including Artemesia annua, showed moderate antiviral activity in laboratory cells against the original SARS virus, which is closely related to the current coronavirus.

Therefore, it’s not surprising that artemisinin might be considered for treating COVID-19. However, so far there is no evidence that it works.

When Madagascar’s tonic was launched, the African Centres for Disease Control and the World Health Organization, not wanting to dismiss it, were willing to discuss putting the drug through clinical trials with the Malagasy authorities. To date, nothing has come from these discussions. Worryingly, the untested treatment hasn’t stopped COVID-19 overwhelming Madagascan hospitals.

However, a small study of artesunate in Madagascar has been logged on the Pan African Clinical Trials Registry. This study will test the use of injectable artesunate to treat patients with moderate COVID-19 symptoms. If it’s found to work, it would be relatively easy to roll the drug out on the African continent, as artesunate is already licensed to treat severe malaria.

And at the Max Planck Institute of Colloids and Interfaces in Germany, extracts from Artemisia annua plants and artemisinin derivatives are also being tested against the coronavirus in laboratory cell studies. These trials are still underway.

Is drug resistance a threat?

The fact that there’s no published trial data on using artemisinin to treat COVID-19 hasn’t stopped other countries from purchasing the Madagascan tonic. Buyers include countries with some of the highest malaria burdens in the world. There are fears that increased use of the drug could drive up antimalarial resistance.

Even before the pandemic, the WHO had discussed how herbal tonics that include artemisia extracts might lead to drug-resistant malaria if they contained low doses of the active ingredient. It is well known that exposing malaria parasites to weak levels of antimalarial drugs is one factor that drives resistance.

However, there are other factors that seem to drive resistance too. One is the genetics of the parasites. Another is the widespread availability of treatments that only contain artemesinin—called “monotherapies”—as resistance is less likely to occur when different treatments are combined. A third issue is people not completing courses of treatment. These issues are severest in south-east Asia, where resistance to a number of malaria drugs has originated. In the case of artemisinin, resistance was first reported in western Cambodia, and is now fully established in south-east Asia. But to date, no resistance to artemesinin has been reported in Africa.

Although the chief ingredient in the Madagascan tonic is said to be extracts from Artemisia annua, there’s no data on how much artemesinin is in it. The use of a tonic containing unknown quantities of the drug, over a large population, certainly raises fears of malaria parasites in Africa developing resistance to it.

However, using injectable artesunate to treat patients with COVID-19 symptoms in a hospital setting—which may one day happen if the Madagascan clinical trial is successful—is unlikely to generate any issues with drug resistance.