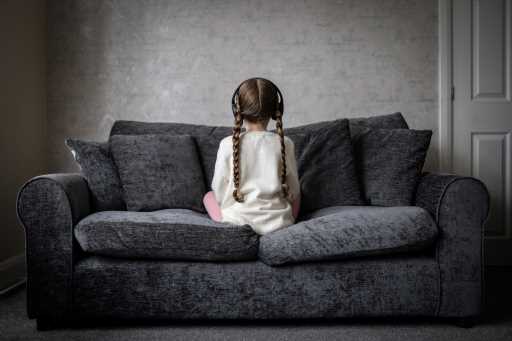 Navigating co-parenting with an ex is tough. Doing so when your child is autistic is even tougher. A mother who has been working hard to make sure her child isn’t triggered into nonverbal episodes took to Reddit to see if she was in the wrong for “rescuing” her 4-year-old daughter, namely when she was having an episode at her dad’s house.

“My (32f) ex husband Mark (34m) and I have three children together. Two boys and one girl, they’re all 9yrs old (triplets). Our daughter’s name is Ellie, and she’s always been much more sensitive than her brothers. She just behaved differently than they did, and in the beginning I dismissed it as the boys being identical and her being the fraternal triplet, but with time I realized it was more than that. Ellie was eventually diagnosed as autistic when she was 4,” the OP starts.

The mom describes her daughter as sweet and very quiet, and noted that she has a difficult time around loud noises and often is very quiet herself. “Anytime we have to go somewhere, I bring her noise cancelling headphones and a few of her favorite stim toys just in case the headphones don’t help enough. Lately, when she has a meltdown, it dissolves into a panic attack and then she’ll just be completely nonverbal for a day or two. I hate seeing her go through that, so I do everything to help her manage and avoid her triggers as much as possible.”

Her ex doesn’t seem to be as on-board with making adjustments for their daughter, although the OP noted that he is coming around to it since moving in a with a girlfriend. Still, he ultimately “thinks I coddle her too much and that my efforts to help her avoid meltdowns and sensory overloads are actually just me giving in to her tantrums.”

Let’s just take a step back to confirm that no — having stim toys and a plan set in case your autistic child goes into a nonverbal meltdown isn’t coddling. That’s parenting. Viewing sensory overloads as something that can simply be controlled or stopped without interventions is not only an uneducated viewpoint, but a potentially harmful one.

“It’s supposed to be his week with the kids, so I was just at home catching up on some cleaning when one of my sons called me on Marissa’s cell. He said that Ellie had shut herself in her closet and was refusing to come out, and that their dad was getting upset with her about it. I asked him to put his dad on the phone. Mark immediately started telling me that he could handle Ellie’s fits and that our son shouldn’t have grabbed Marissa’s phone to call me, but I told him that I at least wanted to talk about what had triggered Ellie to begin with, and I wanted to talk to her as well just to see if she was okay.”

“He said Ellie was refusing to talk and that he’d call me back when she decided to start speaking again,” she said. Again — louder this time for those in the back — giving any child, let alone a child with sensory needs, an ultimatum is unadvised if you want to make any progress.

“As soon as he hung up on me, I grabbed my keys and drove over to his house. Marissa let me in and I went upstairs where he was lecturing Ellie through the door, and I could hear her sniffling. Mark looked pissed to see me but the boys were standing there so he didn’t say anything about it.”

The OP was able to eventually get her daughter out of the closet, and what she described was nothing short of heartbreaking. “She burst into tears and begged me to take her home. She wouldn’t let go of my hand and didn’t want to go anywhere near her dad. I knew that she’d probably lock herself away again if I left without her so I told Mark that if she was feeling better in the morning I’d bring her back.” This seems like the smart, responsible thing to do as a parent. The OP wanted to make sure her child felt safe, and also reassuring her ex that he would still have his allotted time with their daughter.

But Mark didn’t see it that way. “He texted me a few times after we left, saying I ruined his time with Ellie and the reason she hates it over there is because I always come to her rescue.” She even added that her mom was siding with her ex, saying, “I told my mom about it and she thinks I shouldn’t interfere with the kids when they’re with their dad even if there’s an issue, because I’d hate it if he did the same thing to me.”

Most of Reddit agreed that her ex was not only in the wrong, but actively hurting his own daughter. “Imagine if Ellie had to use a wheelchair, then her dad refused to build a ramp and yelled at her when she couldn’t use the stairs. And then when you suggest building a ramp he says that will just be giving into her neediness and making her less likely to learn how to walk. That’s what her dad is doing to her now; it’s just harder to visualize the obstacles because we can’t see them,” reads one of the top comments.

Autistic adults who had parents with the same mindset as Mark (see: wildly unhelpful and actively harmful) sympathized with OP and validated her choice to take her daughter out of a tense situation.

Accommodating for a disability is not a form of coddling. No parent can “tough love” their child’s sensory or other sensitivities away, and the sooner this dad recognizes that fact, the better — for everyone involved.

These celebrity moms talk about raising their kids on their own.